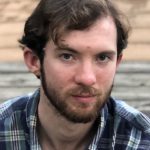 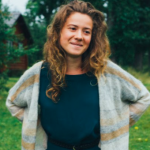 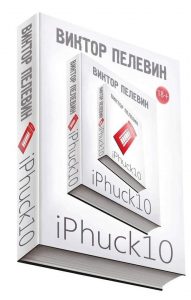 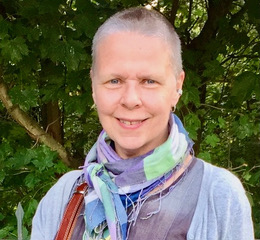 Polly Gannon (left), the acclaimed translator of Andrei Bitov and Liudmila Ulitskaia among other major names in Russian literary fiction, is currently translating Estonian-born, Dutch-based novelist Sana Valiulina‘s mystery novel Ne Boius’ Sinei Borody (I’m Not Afraid of Bluebeard, 2017) with support from a RusTrans bursary. Here she talks about finding eerie and ‘echoey’ links between Valiulina’s novel and current real-life developments in Russian politics. You can read an extract from Polly’s translation here.

A caveat before I begin . . . this is my first-ever blog post, and I have two fears. One is that I will be tongue-tied and not be able to begin at all; and, two, that I won’t be able to stop, once I start talking about this subject. (The second is more likely!)

I will begin (well, here we go, that wasn’t so hard) by saying that I haven’t finished translating the entire novel, which is long: 602 pages. Other projects intervened, and temporarily took priority; but now I’m back on track. I have now completed well more than half the novel, and things are rolling right along. One reason things are gaining momentum is that several people in the publishing world have expressed an interest in seeing it, and I want to be able to show as much as possible, as soon as possible. Another reason—and this is somewhat discomfiting to talk about in a number of ways—is that on the ground, “the situation is fluid.” Some of the fictional events in the book are being overtaken, mirrored, embodied (many ways to describe this) by real-life events in Russia. This seems to be the proverbial case of “life imitating art.” The book is, thus, timely, in a way that it didn’t set out to be.

The narrative can be viewed as sort of foreshortened “historical novel,” which tries to account for, to illuminate, a period in the recent Soviet/post-Soviet past, from the Brezhnev era up to (nearly) the present. The novel, which is divided into four parts, ends with an allegorical tale that recounts and reimagines the circumstances surrounding the death of Sergei Magnitsky (called “the Accountant” in the novel) in police custody. It’s probably not necessary to point out the echoes of these events with events in the more recent past—most obviously, the fate of the “Berlin Patient,” as the authorities insist on calling Alexei Navalny (with, so far, a different outcome and one that still leaves room for hope). Equally discomfiting are recent reports of widespread systematic torture (with graphic evidence, in the form of many hours of video footage) in police stations and prisons across Russia. Strangely (or perhaps not), I was translating the fictional scenes of these “methods, ”disturbingly graphic, as practiced on the Accountant, just when the current reports were coming to light. Discomfiting, indeed . . . To describe this experience in terms that fellow translators might be more inclined to understand than others, I really felt that I was translating a prophecy that was being played out during the very act of translating. Things got very “echoey” . . . !

Sudden change of subject (that’s okay in a blog post, right?): One of the reasons I was initially drawn to this novel was because it opens with the musings of a child, a young girl. The narrative is “voiced” by this character, who grows older, year by year, during the course of the first part of the novel. Translating the idiom of a young girl growing into adolescence, whose perceptions develop and change along with her linguistic “abilities,” was a challenging task— and it involved a constant reaching back into memory, checking the original Russian against how I remembered having spoken myself at those ages. (It was also poignant and sad, in a way that translating is not, usually, in my experience.) (Though I have discovered, over the years I’ve been doing this, that “translators also cry”!)

The character of the young girl migrates through all four parts of the novel—changing, playing various roles, and growing into adulthood—though she can only be said to be a true
“protagonist” in the first part. And although, thereafter, she doesn’t play a defining role in the narrative action, I find that her voice and perceptions do, indeed, feature prominently in urging possible readings of the novel. The voice of this young girl is a registering, even a witnessing, presence, with the moral tenor or burden that the term “witness” implies. It is still a departure, it seems to me, for a “history” of this nature to begin, and unfold, through the lens of a character who is a girl-child. She is the one whose perspective sets the larger scene, and points the way forward in the narrative; so a lot depends on capturing a voice that “rings true”—still innocent, though not immature; precocious, though not wise beyond her years.

I could certainly elaborate on other pitfalls I was aware of trying to avoid . . . but perhaps this is enough for a first blog post…!

Read a taster of I’m Not Afraid of Bluebeard here.